WHAT WOULD YOU PLAY? 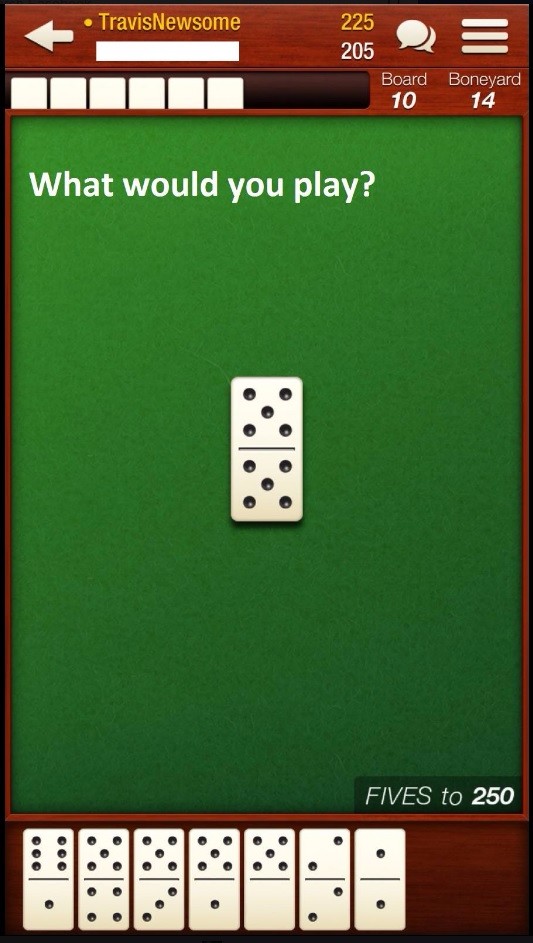 PROBABILITY AND PERCENTAGES - By me playing the 5-1, there are 6 dominoes that can play afterward. Of the six dominoes, ONLY ONE domino, the 2-1, is an undesired domino my opponent could possibly play. If you don't like those stats, and your chances, you are abusing the game of dominoes.


The truth is, if you play 5-1, you have 95% control of the hand at that point and the win is inevitable. Of course, there are more ways than one to play a hand but doesn't it make more sense you play the way that gives you the greatest chance to win?